Aidan Walsh’s workday as a Telstra infrastructure manager began like any other, but it would finish with him suffering a seizure and being rushed to hospital.

A scan revealed lesions on his brain that were found to be a serious form of brain cancer known as Grade 2 Astrocytoma, which is more commonly diagnosed in children.

As a husband and the father of three young children, including a newborn daughter, the diagnosis totally rocked Aidan’s world. There were no warning signs.

“It was brutally hard, there is no other way to cut it,” Aidan says. “You need to be honest with yourself that you're in a tight spot, although I didn't fully realise at the time what an almost reliably fatal disease it can be.”

Brain cancer is challenging to treat, both surgically and with radiotherapy, because of the risk of damaging surrounding brain tissue. Considerable more funding is required to help researchers develop new therapies –currently, brain cancer research receives less than 5% of government support.

There is some hope on the horizon. Professor Mike Fay, Mark Hughes Foundation Fellowship recipient and leading radiation oncologist, is commencing a world-first clincial trial for brain cancer. His team will employ PET scan imaging developed in prostate cancer to attack brain tumours.

They attach a radiation 'warhead' to the PET imaging agent to target the brain tumour from the inside, right where it can have the most impact but minimal collateral damage.

“It's designed for patients who really don’t have a lot of other treatment options,” Professor Fay says.

“We are really excited about the technology. It’s a collaborative effort between Newcastle and Brisbane, and we also have experts in Perth and Los Angeles.”

Aidan Walsh is unequivocal in his plea for support: “If we're to make any lasting difference to survival rates it’s all down to research like this. So if you're thinking of donating, please do!” 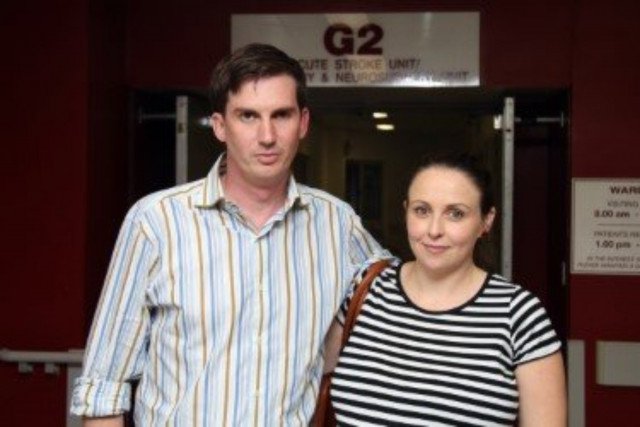