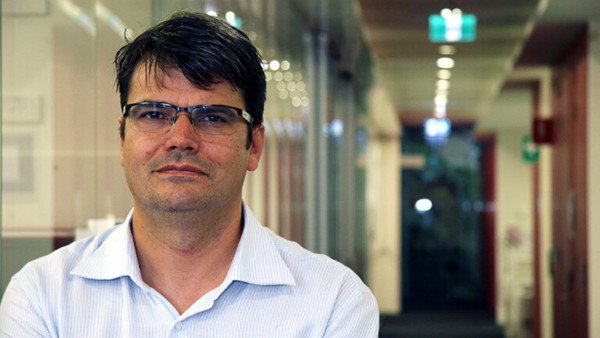 “I work on brain tumours because it’s a huge area of need,” he says. “It is technically challenging but also fascinating because we are treating on a knife edge – the treatment can cause a lot of toxicity yet also significant benefit.

“We’re now using imaging technology developed in recent years to look at reasons why some brain tumour treatments fail – if we can work that out, we can find ways to overcome it.”

Traditional rugby league rivalries were put aside for the MHF appointment as Dr Fay is a New Zealand native who worked in Melbourne and Brisbane before moving to Newcastle.

“We are extremely excited and proud to have someone of Dr Fay’s national standing accept this Fellowship to help find answers for the many young children and adults who are battling brain cancer,” MHF co-founder Mark Hughes says.

“We’ve taken our time and cast a wide net for applicants, and we’ve found a brilliant clinician whoshares our passion. It’s great that Dr Fay has strong national collaborations underway becausethe Foundation gets amazing support from the Queensland rugby league community and aroundthe country for campaigns like our Beanies for Brain Cancer.”

Having trained in medical oncology before changing to radiation oncology, Dr Fay has worked in more than 30 hospitals across five countries, including the US and Germany.His research interests were sparked by a study aimed at predicting toxity from radiotherapy – his paper won a prize from the Royal Australian and New Zealand College of Radiologists and was published in the International Journal of Radiation Oncology Biology and Physics.

“In the past resarchers have strugged to get research support for brain tumours, so the supportfrom the Mark Hughes Foundation is fantastic,” Dr Fay says.“Radiation oncologists have theoretical reasons that brain tumour treatments may not work . I’mreally looking forward to using our new imaging tools to better understand treatment resistancemechanisms and optimise brain cancer treatments.”

Along with collaborators, Dr Fay is studying high-grade brain tumours that have oxygen-deprived (hypoxic) regions requiring three times as much radiation dose to treat. He believes that critical factors to treatment resistance will be found there.

“We can do things to reduce hypoxia, for example, which might make treatment more successful.We could also look at whether chemotherapy and radiation could be more effective before surgery in some instances, rather than afterwards.”

With PET scans costing around $4500 per patient per scan, a collaborative approach betweenresearch clinicians is helping to minimise cost. It also means patients don’t have to travelinterstate for investigations.The group is also studying a number of predictive markers for brain tumours, the first step ofwhich is using clinical samples stored within the Mark Hughes Foundation Brain Cancer Biobankat HMRI.

“There are other studies coming online looking at ‘theranostics’, where targeted therapies are based on specific diagnostic tests,” Dr Fay adds. “For example, we could inject an antibody that floats around until joining up with the brain tumour – this lights up on a PET scan – and we could then add a ‘warhead’, a high-energy radiation emitter, that attaches to the tumour and kills it.

“It’s so important to learn how to best use the drugs and technology we currently have availableand translate them into new and better combinations of brain cancer treatments.”

* Dr Mike Fay is a radiation oncologist at the Calvary Mater and Genesis Cancer Care, Newcastle, researching in conjunction with HMRI’s Cancer Program. 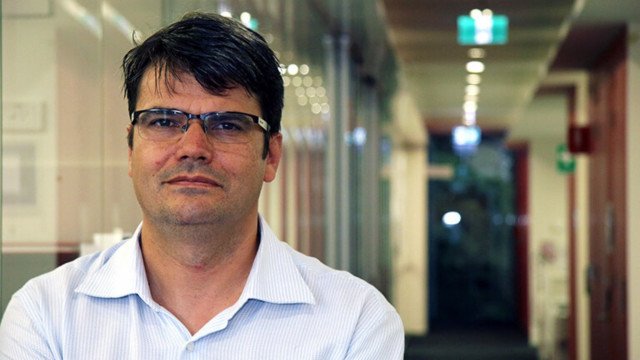 NRL Round 11 Will Be MHF Beanie for Brain Cancer Round

NRL Round 11 Will Be MHF Beanie for Brain Cancer Round