Lisa Williams donated her brain before passing away.

At 23, Williams collapsed in pain and was then diagnosed with brain cancer.

She fought for 12 long years and before she passed she spoke to her sister, Mel Finlay, about donating her brain for research.

"It was as though from the outset she accepted her fate. It was the most important thing for her to make a difference for others," Finlay said.

But when the family called the brain bank, it was too late.

"I received a phone call late on a Monday afternoon saying a patient had been admitted to the hospice who had expressed her wish to donate her brain," Griffin said.

"But at that time (it) was not considered cognitively intact. So, she wasn't able to give her consent for brain donation."

But when Griffin arrived to meet Williams' family something incredible happened.

"Lisa sat up, she knew I was coming from MHF and she wanted me to take her brain so nobody else could go through what she's been through," Griffin said.

"Then she held a pen, wrote a legible signature and gave us that incredible gift."

"It was as though she had summoned all of her strength and everything that she had for that last minute to sign over her brain," Finlay said.

Watch the full story below: 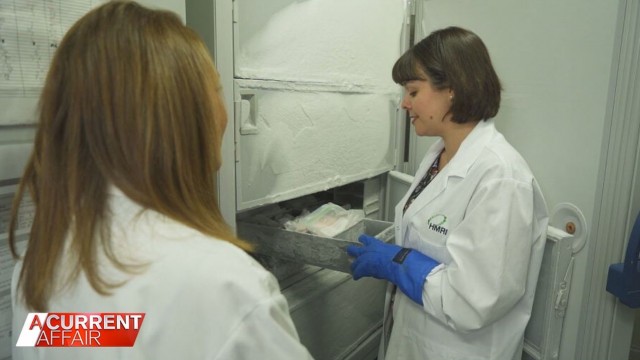 Therapeutic Targeting of the Tumour Microenvironment in Glioblastoma