Having already conquered the Kokoda Track, Mount Everest Base Camp and The Sandakan Death March Borneo, the Mark Hughes Foundation have set themselves yet another ambitious target for 2019 – scaling the heights of Mount Kilimanjaro.

Situated in Tanzania at 19 340 feet, (5895m), Mt Kilimanjaro, - is Africa's highest mountain and the highest "free standing” mountain in the world. A group of 20 supporters will be tested to the limit, mentally and physically but nothing like what brain cancer patients and their families go through.

Amongst this year’s trekkers are NSW Origin Assistant coach Danny Buderus and Sydney Roosters premiership winning Coach Trent Robinson. MHF are thrilled to have them on this trek, along with 18 other foundation supporters.

MHF Founder Mark Hughes, who is currently in training for the climb, said: “The MHF treks have been going for three years and in that time the various group of trekkers have already raised an incredible $1 million.”

“While previous funds raised have been directed towards research, we are very excited to announce that this year’s funds will go directly to providing a new Brain Care Coordinator position for regional and rural areas of New South Wales including Port Macquarie, Coffs Harbour and Tamworth.”

“In many areas like these, after initial brain cancer surgery in city areas, once they get home these patients and their families often struggle without the expert assistance of a brain care nurse that city patients are lucky enough to have. We are extremely proud to be expanding this position that already exists in the Hunter New England area, funded by MHF.”

“Like the previous treks, we also welcome The Man Shake as our major sponsor and look forward to working with them again as we scale the heights of Africa.”

Sydney Roosters Coach Trent Robinson said: “This will be a challenging climb and I look forward to pushing myself through five different climatic zones, with the end goal reaching the world’s highest freestanding mountain.”

“The work that Mark has done, and the fight he’s had with brain cancer leading to him creating the Mark Hughes Foundation – I feel really fortunate that I can support Mark’s important work this way.”

Click here to donate to the 2019 Kilimanjaro trek https://kilimanjaro2019.everydayhero.com/au/mark-hughes-foundation-2019 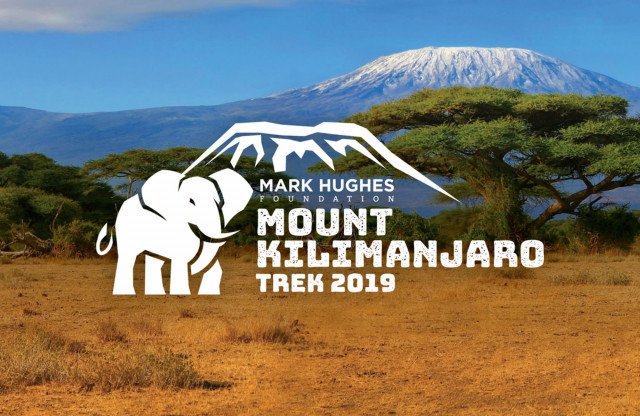