I love rugby league. I always have and I know I always will.

From as early as I can remember, I’ve supported the Sydney Roosters. I grew up in the Eastern Suburbs and lucky for me, Dad was a member of the Sydney Football Stadium so home games were a common outing for us.

I remember sitting in the members stand watching the likes of Freddy Fittler and Anthony Minichello tear it up on the footy field. With my Roosters jersey on, a packet of barbeque shapes in hand, Dad would do his best to explain the rules, point out all the different players and even put up with my loud voice when I stood on my chair to cheer. I used to wait desperately for the 50 minute mark on the clock. This was the time when I was allowed to buy hot chips. Dad said that by then the half time queue had died down and there was still plenty of the match left to enjoy them. After the game, we’d walk out the gates and sing the team song all the way home… It was the best.

At the time, it was just a game of footy and something for us to do on the weekend.

But today, the moment holds more significance than ever.

Today I find myself cheering on the tricolours in one of two ways. Either, in the Channel Nine broadcast truck, where I’m trying desperately not to display any sort of favouritism and the other, at home on the couch with my younger brother, Digger (14). Both in our jerseys and cheering on the Chooks. This moment is special. I may not be in the stands at the Sydney Football Stadium but this time, it’s me trying to explain the rules and point out all the different players. This is why it’s special. A moment that makes me smile. And in a weird way, I feel like my Dad is watching the game with us, hearing us scream every time Sam Walker takes on the line or the big dog, Jared Waerea-Hargreaves makes a run through the middle.

Life is made up of moments. Some big, some small. But for the most part, we’ll never know the true power of a moment until we’re presented with the opportunity for it to define us.

In 2016, my family and I were rocked by a big life moment. A stage four glioblastoma, the most aggressive form of cancer, with currently no cure. My Dad was given 12 months to live. This is a moment I wish no one had to go through.

Like many, seven years ago, I knew nothing about brain cancer, how it is caused or how it can be treated because in truth, I didn’t have to. But the alarming fact is, every five hours, one person is diagnosed with brain cancer and still, it only receives less than 5% of government funding.

In 2017, my Dad lost his battle with Brain Cancer but in that same year, he created a moment of his own.

The Beanie for Brain Cancer Round.

A weekend in rugby league where people come from everywhere to join our team.

To unite against brain cancer.

To wear your jerseys, but to also, buy a beanie.

To make a difference.

To tackle this disease, head on.

After all, money equals research and research equals a cure.

So, in 2022, here we go again! To this day, the Mark Hughes Foundation’s Beanie Round has raised over fifteen million dollars for brain cancer research, but there’s still more to be done.

Last year, I was made aware of another heartbreaking story. Luke Sloane, a former editor at Channel Nine and a man who worked closely with my Dad, was also diagnosed with the same incurable disease. You wouldn’t believe it.

A shocking parallel, which proves that people are still living out that horrible moment.

During our annual Beanie for Brain Cancer Round, I am always blown away by the support and generosity of the entire rugby league community but this year, I came full circle. It was Trent Robinson who, without even knowing it, reminded me how important these moments are.

Trent was in the year above Luke at school and upon hearing the news, wasted no time to ring him directly. They spoke for the best part of an hour on the phone and Luke was utterly chuffed that the Sydney Roosters’ coach had given him the time of day. Robbo also went on to surprise Luke with a private box for 10 of his family and friends to watch the Roosters play at the Sydney Cricket Ground. This was a special moment for them. It’s a moment Luke and his family will cherish forever.

This is what the Beanie Round is all about.

Living out each day.

For you must always enjoy the small things in life because one day, you might look back and realise, they were the big things.

As Mark Hughes says, it’s time to get out the good china. 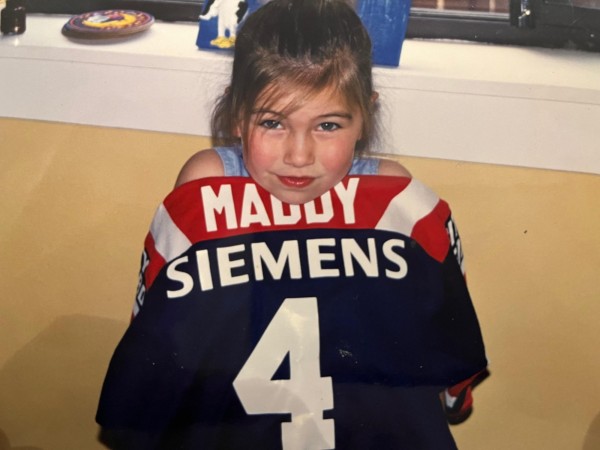 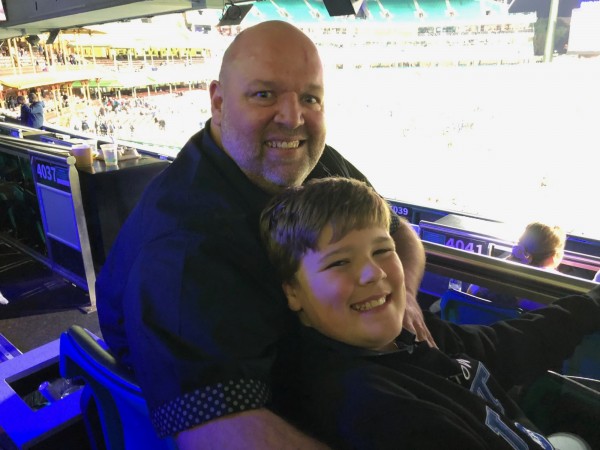 Luke with his son, Lachie at the SCG for Round 14’s Roosters v Storm match. 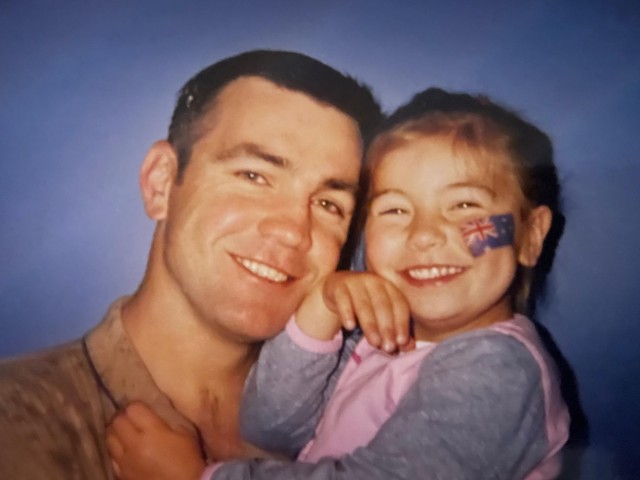 The raw and emotional story of Jaymie and Scott Ferguson