Like many stories, my battle with cancer began long before I was diagnosed in July, 2013. Looking back there were no symptoms, there were no signs of what was to come and I felt fine physically. The doctors however suggest that the tumour may have been there for some time.

The beginning for me began one day in June 2013 with a couple of days of intense headaches accompanied by blurred vision. Not one to suffer headaches in the past, I went to see my local GP, who sent me for a precautionary CT scan. That scan showed something in my brain. Initially it was unclear whether that something was a tumour, with a possibility at that time it could have been the result of a stroke. A follow up scan a month later confirmed a tumour.

To say the conclusive results from an MRI of my brain on 18th of July, 2013 were life changing seems an understatement, cliché, and yet it truly was. The news was devastating for me and my family, hard to comprehend. I tried to stay positive and the early indications were that the tumour was in a good operable position. No sooner had I digested the prognosis, I underwent brain surgery to successfully remove an avocado sized posterior cerebral tumour at John Hunter Hospital on Friday the 2nd of August. My recovery from surgery was accompanied by double vision and hallucinations, which thankfully, quickly improved.

Within the week the pathology results had come back. I had a Grade 3 high grade Oligoastrocytoma, which in non-medical speak means I was in for the fight of my life. There certainly was the ‘why me?’ stage. But then I thought, “Who does deserve cancer? Nobody!”. The real turning point in the battle I think was acceptance. Acceptance that I had cancer and acceptance of the challenge to overcome it!

This was the journey chosen for me.

What followed my diagnosis was an overwhelming level of support from family, friends and the community which helped me to maintain a positive mindset. On the 20th of August, 2013 I met with medical oncologist, Doctor Helen Wheeler, where I was to receive some positive news that the makeup of my tumour generally responded well to chemo and radiation treatment. I began six weeks of radiation therapy on the 12 September, 2013 travelling to the Central Coast Cancer Clinic. On March 2014 I underwent a course of 6 months of chemo medication. Followed by a routine follow-up MRI scan which showed no regrowth of the tumour.

I completed 33 radiation sessions and 6 months of oral chemotherapy. I continue to have scans regularly every 3-4 months and as at today there has been no regrowth of my tumour. I try to eat as much fresh greens and produce as I can along with some extra fruit and vegetable supplements. I exercise several times a week and try to meditate regularly. I’ve learnt a few things along the way… I don't put things off anymore. If you want to do something, or achieve something do it now, don't wait... get out the good china - today!

Life is good and I intend on keeping it this way.

I’m incredibly indebted to some really amazing people that have helped me fight my battles so far and helped grow the Foundation to what it is today. I’ve got a beautiful wife, Kirralee and three beautiful kids, Zac, Dane and Bonnie and they’re my motivation to make sure I tackle this cancer with everything I’ve got.

To my mate Matt Callander who lost his battle with brain cancer in 2017, along with close friend Glenn Pallister, were the inspiration and reason that the NRL - National Rugby League Beanie Round began and is now one of the biggest charity rounds the NRL has seen. Matt and his family took this on whilst Matt was in the middle of his own huge fight against brain cancer. Matt, Anne and their family are the most inspiring family I have had the honour of meeting. We lost an amazing bloke! Matt and the Callander family will forever be a big part of MHF now and in the future.

I am inspired to work harder than ever to find answers to this disease and make this year’s Beanie for Brain Cancer campaign the biggest and best yet! I know that's what Matt would have wanted. I promise to make you proud mate!

I’ve accepted that it’s a journey and a path I’ve been given now, and with that an opportunity to turn something negative into something truly positive. The Mark Hughes Foundation is a way I can truly repay those who’ve helped me and help others in my position.

I'm still in the fight of my life – I may have won the battle but I’m still fighting the war. 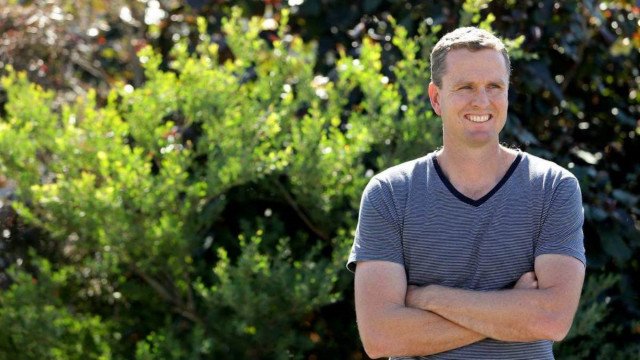