My husband, Mark, let out a God awful noise. He was having a grand mal seizure. I raced to get our eldest child Ainslie out of bed and went to call the ambulance. Ainslie (13) got the other two children, Harrison (11) and India (8), up and we waited for the ambulance. Harrison helped me try to administer first aid but that was futile as Mark is a big bloke and we just couldn’t move him onto his side. Mark had three seizures that morning at home and another one on the way to the John Hunter Hospital. He was placed on life support and was transferred to ICU. The doctors informed me that there was a tumour on his brain.

Mark had been quite distant for weeks before the seizures and I actually thought he didn’t love me anymore and that our marriage had run its course. In 2004, and just after we lost my Dad to cancer, there was talk that Mark may have been suffering from depression but it was actually the tumour in its early stages. He hadn’t experienced severe headaches, just the run of the mill type. Certainly nothing to be alarmed about. The seizures came out of the blue.

Mark required surgery but this was delayed as he had more seizures and developed DVTs in his legs. So a series of injections and a couple of weeks later Mark had his first craniotomy to de-bulk the tumour. During this time we ‘celebrated’ India’s 9th birthday at the John Hunter Hospital and tried to be happy and cheerful for her special day.

Mark was operated on after spending time in the transplant ward due to lack of beds. My brother-in-law joked about who would want a tumour transplant. Jokes were and are our way of coping. Mark was operated on in early June 2008. The surgeon removed a tumour the size of a small apple from Mark’s right frontal lobe. Unfortunately the tumour had crossed the mid line of the brain. When the diagnosis came through, it was determined that Mark had an Astrocytoma Grade 3/4. This meant his life expectancy was less than two years. I remember being at work when the diagnosis came through and immediately ‘Googling’ it. I already knew it was bad.

After the surgery we went off to the Mater Hospital for six weeks of Radiotherapy – chemotherapy was not an option at this point. Every step of the way the children were involved. They attended Mark’s treatment so they could see he was ok and to demystified it all for them. One big problem remained…I still didn’t know how to tell them that their Dad was dying. I carried this burden with me for eight long months. With the exception of health professionals I told only two people and neither were family or friends. I feared that the children may hear me telling someone before I could tell them. So I just told no one. Although many guessed his prognosis was not good, only one person actually asked and he was a doctor who knew as soon as we told him the diagnosis. It was excruciating.

During the Mater visits we met a wonderful allied health professional who suggested a second opinion. The brilliant Dr Helen Wheeler and Dr Charlie Teo were suggested to me. Mark was not with it enough to make any decisions about his health care. (Luckily we had power of attorney and enduring guardianships in place already). His brain had been through too much at this stage – seizures, surgery and radiotherapy. The same allied health professional also suggested that I contact CanTeen – the organisation for young people living with cancer – for the children. I did and that was a God send.

By this stage I had been project managing Mark’s health care for about three months. In the October we received a call from Dr Teo’s office saying that they were happy to be kept up to date with Mark’s progress but didn’t need to see him just yet. That changed in a couple of months. We saw both Charlie Teo and Helen Wheeler in late January 2009. We saw Charlie the day before Harrison was to start at high school. We were in Sydney and Charlie said he could operate that next day. Charlie must have read my racing mind which was saying “Oh crap, I’ve got to go home to Newcastle, get the kids, come back and Mark is having another operation”. Mark was of course in shock and fearful of another craniotomy. So Charlie simply said “Would Monday be better?” So Monday it was. We went home and told the children very matter-of-factly that Dad needed another operation and if he didn’t have it he would die in three to six months.

Mark’s operation was successful. Charlie told me he found that the tumour was more extensive than he first thought but and I quote Charlie, “He’s young and fit, so bugger it, I’ll go for it!” After the surgery we went back to Helen and Mark was prescribed a combination of two types of oral chemotherapy (three weeks on, one week off) for the next eighteen months.

While all this was happening: I worked; the kids continued with school and hockey; my mum needed heart bypass surgery in December 2008 which was successful; my best friend continued with her breast cancer treatment (we lost her in 2011); I needed a breast biopsy (negative – Yay!); we celebrated Mark’s 45th with a cake in the shape of a brain; and Mark medically retired and focussed on his recovery. The chemotherapy to this point has worked. Mark’s tumour has a mutated gene which appears to respond to treatment, so thank goodness for that. So now we live our lives from one MRI to the next.

Since Mark’s diagnosis our immediate family has become a very tight unit. We have travelled and the children are no longer children. Ainslie is at university, Harrison has just finished Year 12, India is about to start Year 11, I have completed a university degree and Mark has returned to some part-time work. The children have remained members of CanTeen. CanTeen really helped them all differently. Ainslie has grown into leadership. She was President of the region and is now on the Member Advisory Council (MAC); Harrison needed CanTeen for the male role models; India had some counselling but doesn’t attend anymore. They all attend on National Bandanna Day to sell bandannas and have found solid friendships. India also did the World’s Greatest Shave and sold her hair for a wig and raised $4000.00 (at age 12). Their journeys have been difficult and adolescence has affected them each differently and certainly brought some interesting challenges our way – but they are their stories.

For me, the hardest years have been the last few. Why? Well, when it was all happening I was micro-managing everything. It is only the last three years that I have had time to think and feel. Mark’s wellness has left him with permanent deficits. His ability to problem solve is terrible; he is often fatigued; he has vertigo which limits his activities; his personality has changed - he’s just different to the bloke I married – not better, not worse, just different. Sometimes I see glimpses of the old him and his humour and that reminds me. I guess I’ve gone through a ‘mourning’ for the life we used to lead, the man I fell in love with, the loss of innocence for my children and for all the things that have changed.

So what have I learnt from cancer? Life is about living. Giving back is important. Research is how things get fixed. Knowledge is power. I marvel in the strength and determination of my children and Mark. Asking for a second opinion is not doubting the original diagnosis; it just allows you to look your children in the eyes and say I did everything I possibly could to keep your dad alive (and as my Mum said to me, it also allows me to look myself in the mirror); role modelling to your children is important (when things go bad, get off your backside and do something about it).

A brain cancer diagnosis is terrible; research is the only thing that can combat this disease - research and HOPE! 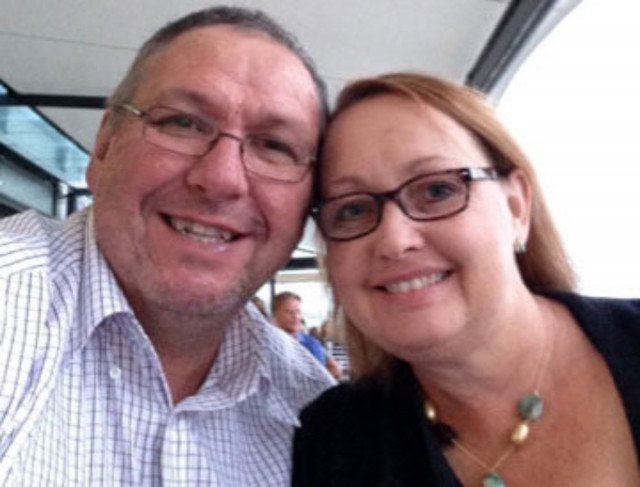