We’ve all been crazy busy working on our new Beanie for Brain Cancer campaign and can’t wait to show you!

I always remembered something Paul Harragon said to me not long after our very first Beanie for Brain Cancer campaign back in 2014. He said “there’s magic in these beanies” and - as it turns out - it really does feel like there is a little bit of magic in every beanie.

How else can we explain the phenomenal support we’ve received over the years- not just from our local community or the rugby league community, but from people around the country - in fact - the world!

Our little beanie campaign started with sales of 5000 in 2015 - we sold out and we were stoked that 5000 people shared our vision and recognised how this little beanie could change lives. Each year we grew, with new designs, introducing male and female designs and Beanie Week gathered momentum where supporters hosted beanie days at work, school, or home and raised funds for the Foundation. The Footy Show, Channel Nine and the NRL came on board when their much loved producer Matt Callander was diagnosed with brain cancer and the fight was on in earnest! To date our beanie campaigns have raised over $7million.

But it’s no fairytale - we’ve still got a lot of work to do to make a dent in the shocking brain cancer statistics. That’s why this year's campaign is called “Magic Beanies”

It goes like this…"Once upon a time there lived a brave Knight (yep that’s me) who’s quest it was to defeat the evil brain cancer”… so picture me in a suit of shining armour weighing around 50kg chain mail sword shield…smiting away at an invisible foe! Suffice to say - it was a hard day at the office resulting in instant weight loss and quite a few bruises!

Stay tuned for the release of the "Magic Beanies" TV Commercial later this month. 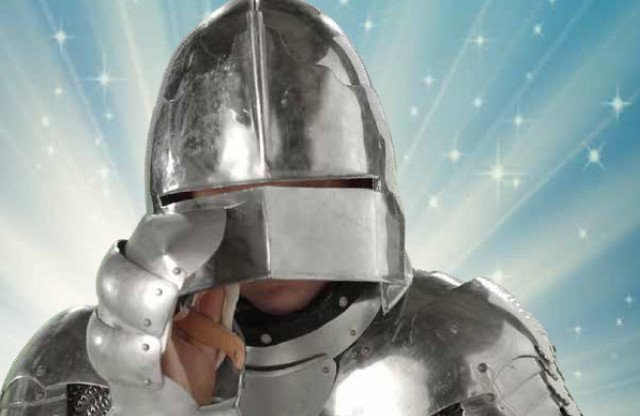