In a powerful display of unity during a year filled with so much uncertainty, Australians have rallied behind the Mark Hughes Foundation to raise $2.55 million across the 2020 Beanie for Brain Cancer Round.

This year’s campaign urged fans to buy an MHF Beanie online, at selected IGA and Lowes Australia stores, or donate with the aim of raising $2 million. This figure was surpassed this afternoon, giving brain cancer research an enormous boost. 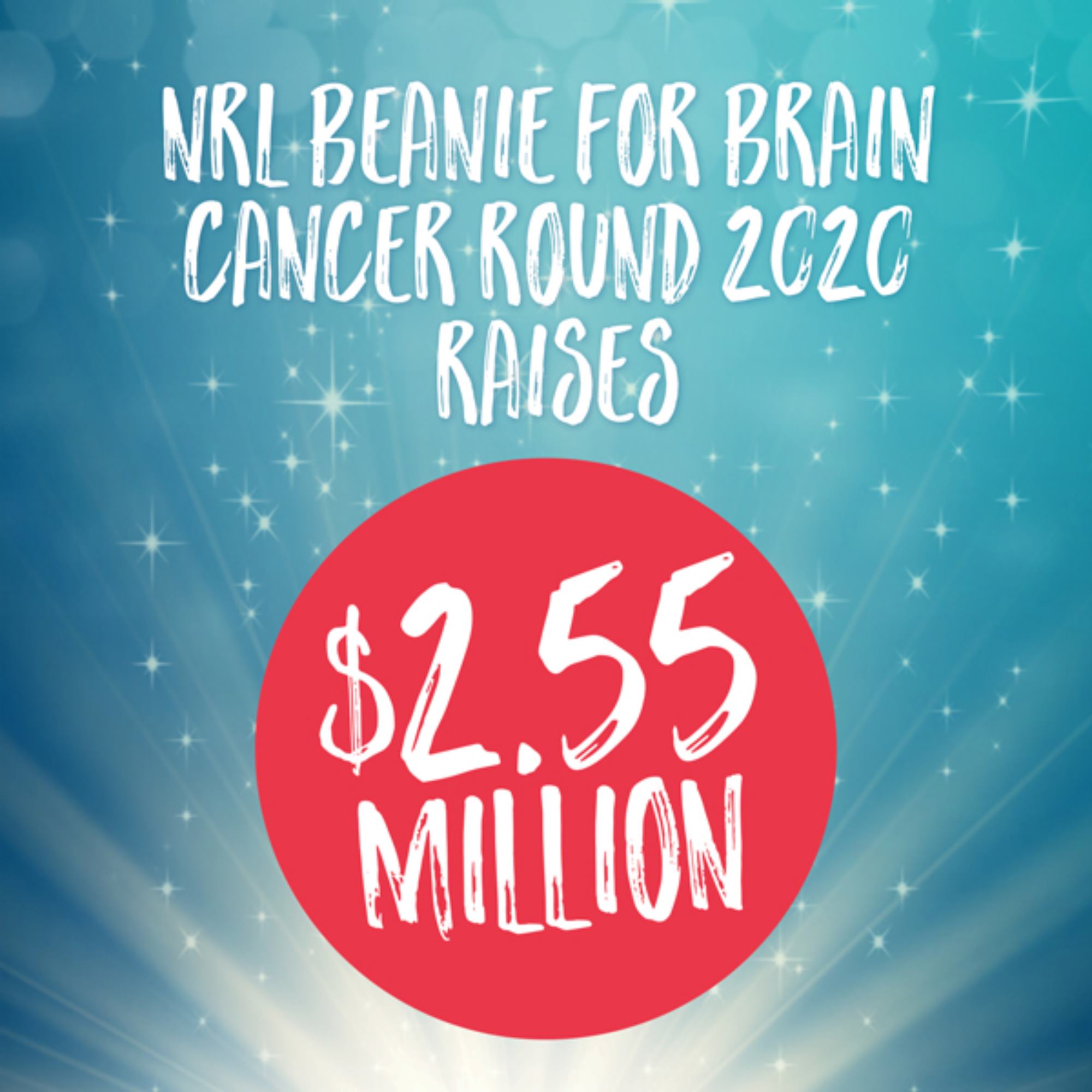 MHF Founder, Mark Hughes, said “During these extraordinary times we just weren’t sure how our Beanie Campaign was going to unfold. We should have known better. Once again the rugby league community and beyond are right behind us.”

“We are continually blown away at the support from all levels. I would like to acknowledge the NRL, Nine, Fox League and all the media for coming together for our cause. Along with the supporters, clubs, players and all coaching staff, CEO’s and referee, everyone comes together to make this such a special round.”

“Aside from selling our beanies, the national exposure and awareness for brain cancer and having it in the spotlight gives real genuine hope for brain cancer patients and their families. The beanie has become a symbol of hope for all of us out there facing this disease. On behalf of the Callander family and the MHF team, a sincere thank you for all your support. You are helping us change the outcome for future patients diagnosed. We are truly humbled.”

All proceeds raised are directed straight to research and it’s only through innovation and collaboration that better treatments will be found for brain cancer patients. With the NRL Beanie for Brain Cancer Fellowship recently appointed at The Children’s Medical Research Institute, combined with the ongoing Matt Callander Fellowship at Kolling Institute and $2 million in innovation grants already established, MHF are excited for what the future holds.

NRL CEO, Andrew Abdo, added “This is an outstanding result for the Mark Hughes Foundation.

“What I’m most proud about this year is that no matter the obstacle; the game, its fans and our partners have banded together and delivered remarkable outcomes like this weekend. It says so much about the strength of the rugby league community.

“I want to particularly thank our players, clubs and broadcast partners for the spirit in which they have got behind the Beanie for Brain Cancer round. And our fans, many are doing it tough, but you still found it in your hearts to order a beanie. Thank you.

“It’s a credit to Mark, Kirralee and all the volunteers at the Mark Hughes Foundation who do an incredible job each year making so many beanies available to the community, especially this year given the challenges everyone has faced.”

135,000 MHF Beanie’s sold during the Beanie for Brain Cancer campaign.

Sportsbet donated $40,000 after 40 tries were scored in Round 6 up until halftime in Raiders vs Manly

• Kills more children than any other disease

• Only 2/10 people diagnosed will live more than 5 years

• Kills more people under 40 than any other cancer

• Receives less than 5% of federal funding for cancer research

• One person every 5 hours is diagnosed in Australia

Let’s all “Rise Up” together and look forward to 2021!
Here is our special video never shared publicly before...

Nurses based in Port Macquarie and Tamworth

In a year that began with us questioning whether or not to continue with our 2020 Beanie Campaign due...