A Son, a Brother, devoted Uncle and a Friend to many.

His love for sport, his nephews and niece and mates were second to none.

June 2004 his life changed forever, he was accidently kicked in the head playing weekend soccer. The Dr's thought he had fractured his eye socket. They did a routine MRI and found the hideous disease that would decide his fate some 14 years later.

He had numerous Dr's say they wouldn't operate as it was too deep. A friend had told our mum about a surgeon that they had seen on Australian Story, it was Dr Charlie Teo. Dr Teo agreed to meet with Simmo and our Mum & Dad. He performed what would the first of 5 operations.

After every operation, Simmo would become a little weaker, this NEVER dulled his will to live and he continued to enjoy his life and no-one ever heard him complain- EVER! Simmo continued with radiation and chemo when they were no longer able to do operations.

2016 Father’s Day, Simmo lost the use of his right side and his ability to communicate was compromised. He was fortunate enough to have seen his beloved Sharks win the Grand Final. He missed the trophy presentation and the walk around as he wasn't well. Still no complaints.

In 2017 I decided to participate in the Relay For Life. I called our team 'Cure For Brain Cancer #TEAMSIMMO. Our team was made up of friends and family. Simmo never spoke about his disease, he never wanted to burden anyone with his problems.

2018, as this year came to a close, so did our time with the most extraordinary human you'd ever met. He's walking became worse, loss of appetite, but this didn't stop him spoiling his nephews or niece (he loved them more than life itself!), he would sleep for over 20hrs a day, but somehow, no matter what always raise his hand for a high 5 with them.

He sadly passed away on the 19th November 2018 after celebrating in an intimate party with family and friends his 40th in Sept. He was surrounded by his family.

Mum and Dad asked me to post to let friends know of his passing, he received hundreds of messages and tributes. At his funeral people were asked to wear Sharks colours- Black White & Blue. It was a service with over 450 people wearing the colours and the Sharks theme song was sung loud and proud for our fallen Son, Brother, Uncle & Friend..

My voice will be heard, Brain Cancer needs funding and I am fighting always for this hideous disease to be eradicated!!! 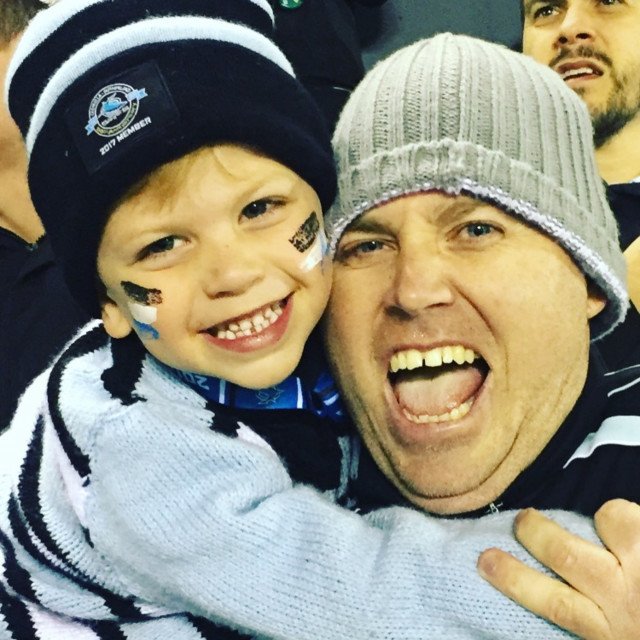 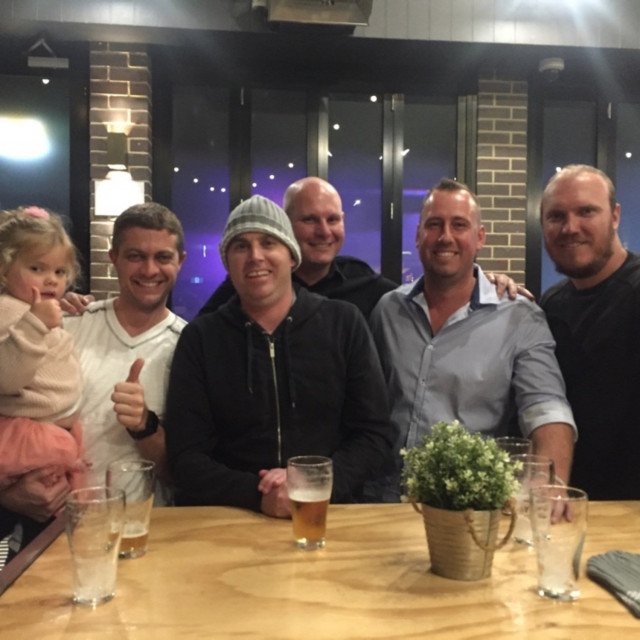 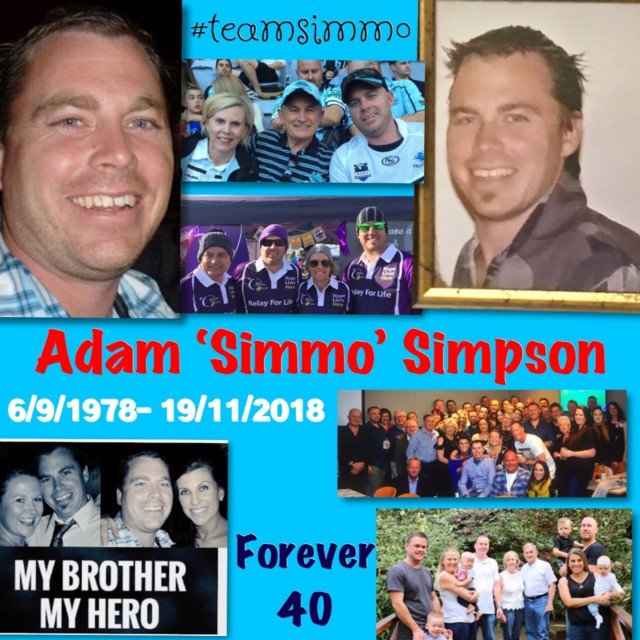 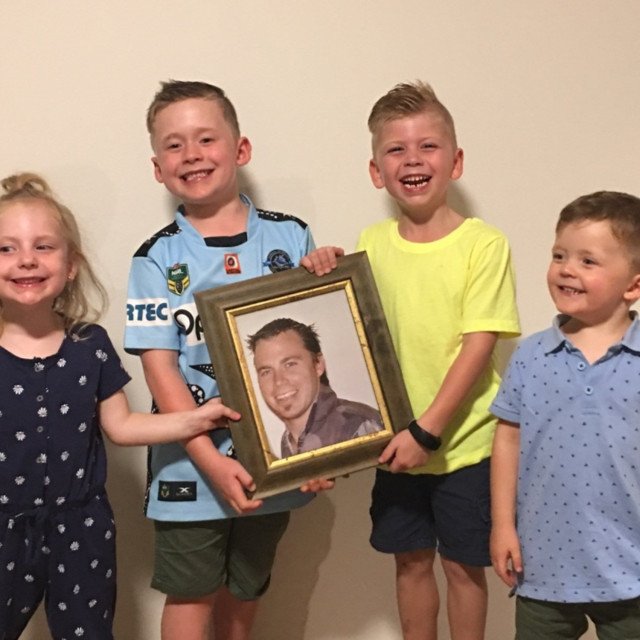