On the 2nd December 2013 my Mum, Jennifer Parker, was diagnosed with a brain tumour. For some time before this diagnosis she had been getting more and more tired and then some loss of strength and function in her left arm and leg prompted a trip to the GP who ordered a CT scan.

This was a Friday and on the following Monday she was given the news that she had a brain tumour and an appointment had already been made with the neurosurgeon for the same day. It was on her way to this appointment that she called me in Brisbane to tell me the news. Surgery was booked for Thursday so I packed up my classroom, left my teaching job, and was home on the Wednesday night. Mum had her surgery at the John Hunter and spent a week there recovering.

Biopsy results revealed she had a grade 4 glioblastoma. At this point my family wasn’t sure what to do. We of course wanted the best treatment for Mum but having never been part of this cancer world before we didn’t know who to go to. About six months previously mum’s cousin, Mark Hughes had also been diagnosed with a brain tumour. Dad contacted his wife Kirralee who gave us lots of good advice and names of some specialists.

Dr Michael Back and Dr Steven Ackland became Mum’s specialists. The news wasn’t good, on average people with grade 4 glioblastoma had a 2 year life expectancy. Mum underwent 12 weeks of Radiation Theraphy at Central Coast Cancer Centre followed by 6 months of Chemotheraphy. Remarkably, other than one bad reaction to the chemo Mum was reasonably well during this process. Her tumour responded well and the treatment was working.

Mum returned to work as did myself, my sister (Rachel) and Dad. I planned a wedding and got married in August 2014. Both Rachel and I bought our first houses and I moved to Gladstone in Queensland. After chemo treatment had finished Mum had MRI’s every 3 months, and so we all lived our lives scan to scan. To look at Mum you wouldn’t have known she was sick. She was relentlessly independent and determined to get on with life.

In July 2015 I had a phone call from Rachel telling me that mum had woken up and couldn’t feel her legs. After initial scans the doctors were not sure what exactly was wrong. After further PET scans at Royal North Shore it was found the cancer had spread. There were new spots in Mum’s brain away from the initial tumour site. Chemotheraphy began again while Mum struggled with her mobility, now relying on a walking frame and wheelchair. A fall at home on 10th September where Mum split her head open, landed her in emergency at Lake Macquarie Private Hospital. At the time we didn’t realise, but she would never get back home for more than a visit. I came back to Newcastle in the school holidays and spent my days sitting with her at the hospital.

After some time at Lake Macquarie Mum was moved to Toronto Private so that she could have rehabilitation on her legs. It was here on the 2ndNovember 2015 that MRI results revealed that the chemo wasn’t working and the cancer had continued to spread further. We were out of treatment options and Mum was given around 3 months to live. Rachel called me with the bad news, in what felt like de ja vu, I packed up my classroom again and came back to Newcastle.

On the 12th November Mum was moved to Mercy Hospice at Waratah. While Mum was still well enough we took her on little outings in her wheelchair, as we had very generously been lent a disabled vehicle. We took her shopping, out to lunches and home on Christmas Day. There were endless streams of visitors to the hospice to see Mum, Dad, Rachel and I were there all day every day, keeping her company and helping feed, wash and dress her. Mum slowly began to deteriorate, getting more tired and confused and loosing function and strength in her arms. In the last few weeks it became more and more difficult to communicate with her until finally she was asleep most of the time.

Mum passed away on the 9th January 2016, she was 54 years old. In terms of her initial diagnosis, she had exceeded her two year life expectancy by 4 weeks.

In lieu of flowers at Mum’s funeral we asked for donations to the Mark Hughes Foundation. Mums work colleagues also raised funds through their social club and together over $2600 was raised.

While there was no cure for Mum, support of charities such as the Mark Hughes Foundation will provide more research funding and hope for families like mine in the future. 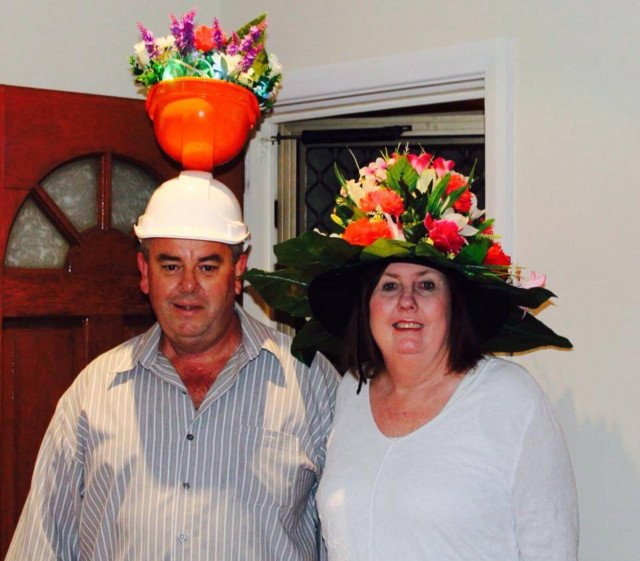 Donate Now
View all Stories
Next