Our story actually starts back in 2013 when we welcomed our fifth child Joshie at the end of January. He was an absolute dream of a baby. An extremely happy and content little man, who literally ate, played and slept.

By June that year though, when he was just 4 ½ months old, things had started to change. He still seemed happy for the most part but he’d started fussing, sometimes even completely refusing his feeds. By the Monday of the Queen’s Birthday long weekend, we were really starting to get worried. We decided that, rather than wait till the next day to see our GP, I’d take him up to Emergency while my husband Dean stayed home with the other kids.

I don’t know what the triage nurse picked up on that day but I had only just sat down to wait when we were called in to be seen. A quick chat to a doctor and suddenly we had people coming at us from what seemed like all directions. Bloods were taken, observations done and they started talking about transferring us over to Canberra Hospital. For reasons I didn’t yet know, they organised for me to drive him over so we could bypass the emergency department and go straight onto the paediatric ward.

Once we were there, more tests were done then an ultrasound on his head picked up what they referred to as a blockage and an MRI team were called in. They took Josh away to sedate him and do the MRI and a social worker came to see me. It was while we were talking that a nurse popped her head in and said a paediatrician and neurosurgeon would also be down soon to have a chat. I knew this wasn’t a good sign but still had no idea of what was really happening.

Shortly after that, I sat with my sister Jo while they gave us a diagnosis we could never have imagined. Joshie, my little baby boy, had a brain tumour. Not only that but he had just hours left if they didn’t go in and relieve the pressure in his head straight away. They also told us he’d then need to be transferred to Sydney Children’s Hospital for more treatment and that a neo-natal intensive care team were already on their way to Canberra to pick him up.

While the surgeons went in and NETS made their way down, my sister took me home to break the news to Dean. This wasn’t something I could simply blurt out over the phone. I was positive I was going to break down when I told him, but we both seemed to go straight into auto pilot. I told him the plan, he helped me pack and Jo took me back up to the hospital.

It took NETS three hours to stabilise him for the drive back to Sydney but he was all settled in the children’s ICU in Sydney Children’s by 8am, less than 24 hours after I’d first taken him to the hospital. It was all very much a whirlwind, to say the least.

Over the next 9 months, Josh went through multiple hospital admissions both here and in Sydney. He has had a total of seven surgeries with the likelihood of still more to come. He had a PICC line placed to give them easier access for medication. He’s had countless CT scans and MRIs and even a lumbar puncture at one stage. He developed epilepsy and was diagnosed with Cerebral Palsy and a global developmental delay which has now been upgraded to Autism.

It’s now been over three years since they found the tumour and, although his neurosurgeon did manage to remove it, Josh still has such a long way to go. Currently he sees a physio, occupational and speech therapists as well as his 6 monthly check ups with neurology, his paediatrician, ophthalmologist and neurosurgical team. He started walking a couple of months after he turned two but still has slightly limited mobility and isn’t talking as yet. He’s working very hard to get ready for pre-school next year.

It’s hard to describe the impact something like this has on a family. On Dean and I (both as Josh’s parents and as a couple), on his brothers and sisters, and even on the family as a whole. It turns your world on its ear. It’s your responsibility to look after and protect your children yet, here you are in a situation where you can do neither. Everything becomes about the child and their illness. Their appointments take priority and everything else gets put on the back burner. You work so hard for them to get better, all the while knowing your partner and your other children aren’t getting the time they need. The time they deserve. Everyone is struggling to come to terms with the diagnosis and everyone is scared. Everyone just wants things to go back to normal. But they can’t. Your old normal is gone forever and you need to find and adjust to a whole new one.

Along with the emotional turmoil, comes the financial strain. Our situation became one where most of the time I was in Sydney with Josh while Dean was at home with the others. No matter what you do, having your family split in two is expensive. If you’re lucky enough to have any savings, it quickly gets swallowed up just with daily living expenses. Treats and family outings become non-existent. Even once treatment is all said and done, it can take a long time for your bank balance to recover, even more so when that treatment is just replaced with therapy appointments day in and day out.

Overall though, even with the clouds we’ve had hanging over us for the last three years, we’ve still managed to find the odd silver lining. Yes, we’re fully aware that cancer could strike at any time but we refuse to let that rule our lives. Some old friendships have been lost but others have been well and truly cemented. Then there’s the new ones that have risen from within the brain tumour community. We’ve also had astounding support from many organisations like Camp Quality, CanTeen and RedKite. We’ll never have our old “normal” back, brain cancer changes too much for that, but we’re adjusting and we’re okay. The kids are all here and we’re happy, that’s all that matters… 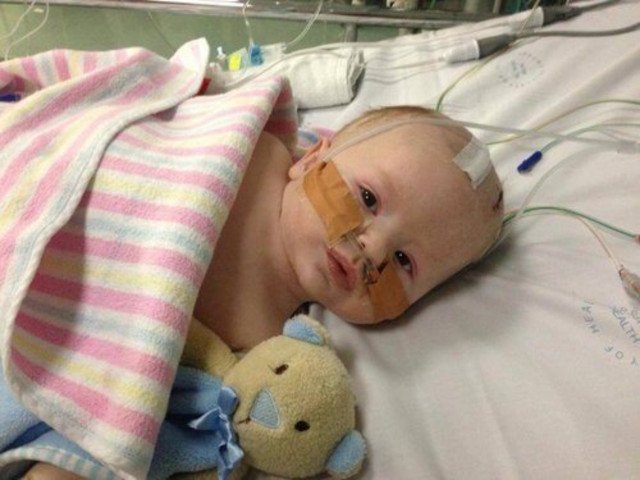