Hi My name is Trish. On the 22nd of June 2018 I lost my wife Kim to Glioblastoma. The saddest day of my life.

We were together for 10 years. We met at work and our life was amazing. Kim was a beautiful and kind person, always putting others first. She was best known for her smile. It didnt seem right that she was taken from me and her family at just age 53.

In December 2015, Kim suddenly started getting servere headaches and had some memory loss. We put it down to a long tough year. We were getting ready to have our annual Christmas holidays. Kim was taking a week off to try and shake what we were told was sinus and flu. I got a call from Kim to say she needed to go to hospital she felt so bad. I called one of my friends to head over to the house to help. By the time I got out of my meeting, I got a call telling me to leave work and hurry to Nepean.

Kim has a tumour and it is huge.

The next day she endured a 10 hr surgery to remove a tumour that was the size of a squashed orange. We were told a week later that the tumour was Glioblastoma - the worst of all brain cancers, and there is no cure. I am not sure where the 2.5 years went. Kim did the normal treatment of chemo with radiotherapy. She was told that even though the surgeon removed what he could see, it would be likely the tumour would return.

We called it Bonnie.

During her fight she had a second surgery in April 2017 and then 2 more surgeries in 2 days in December. Then further MRIs in January showed Bonnie was back. We tried Avastin costing us in excess of $30000 - no funding from the pharmaceuticals. By April the MRI showed there was Bonnie and 3 new tumours.

Between April and June 22 I watched Kim's life be taken away. The tumours made her disabled on her left side and slowly crushed her life. To Kim's credit she never complained. She always smiled and put everyone before her. She always said she wanted one day to find a cure for GBM. She also had many ideas on how to fix the terrible hospital conditions in Nepean. While the staff are amazing the facilities for cancer patients is appalling. But Kim was determined one day to sort it out. Sadly she didn't get her opportunity to do so.

On the 10th June we were married in Springwood palative care hospital. A day where time stood still and cancer was put to one side for a few hours. 12 days later Kim lost her fight. Over the 2.5 years we could not get any assistance or access to trials. Even though her team were wonderful, we never got options to try new treatments. Kim's only treatment options was surgery, standard Dex and chemo.

We sought second opinions multiple times only to come up empty. I feel western Sydney is starved of options for people with GBM. I work for Woolworths, MHF is currently our charity for July raising money for the Foundation. I can only hope a cure is found. I miss Kim every day. My heart has been ripped out. I think what you are doing is amazing. I hope things change and quickly.

An additional article by Trish Newie-Hunt

In June of this year, age 53, Kim Newie, a passionate Knights supporter and advocate for Brain Cancer research and fundraising, passed away from Glioblastoma. Kim and I were married 10 days before her life was taken too early. 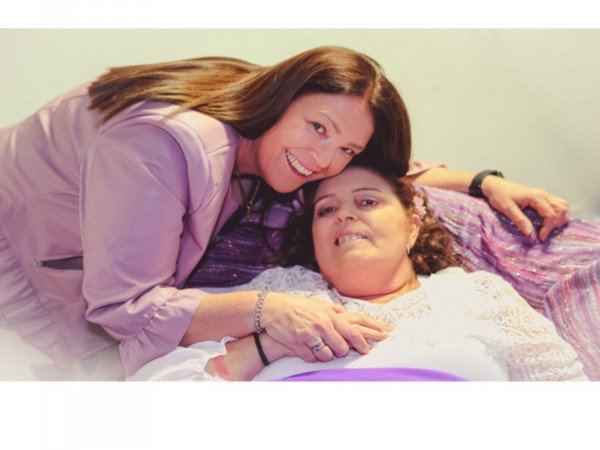 Kim worked for Woolworths for 33 years, only retiring in April of this year when she was no longer able to work. Prior to that though, Kim worked most of the time during her 2.5 years with GBM.

When first diagnosed with GBM back in December 2015, Kim’s passion for fundraising and charity work with the view that someday a cure for GBM will be found was second to none.

In November last year, just prior to having her 4th operation, Kim submitted a request to the Woolworths Fundraising Committee to have MHF included in 2018. The process of selection is taken very seriously by Woolworth's. Woolworths accepted Kim’s submission and MHF was selected for the July Charity of the Month to be run at the Woolworth's Head Office in Bella Vista.

A small team of Kim’s closest Woolworth's workmates was formed. The team worked tirelessly leading up to and through July. The team sold out of MHF Beanies when they had "wear your beanie day", the team had monster raffles, silent auctions, merchandise sales and our work car park with tickets to the event was sold out in hours. A mufti day and gold coin donations too. The fundraising wrapped up with an awesome Trivia Night.

The charity event concluded, raising a total of $51,600. We at Woolworth's are sure the money raised will be put in the right place to assist with the research effort.

Much love to everyone fighting through brain cancer. 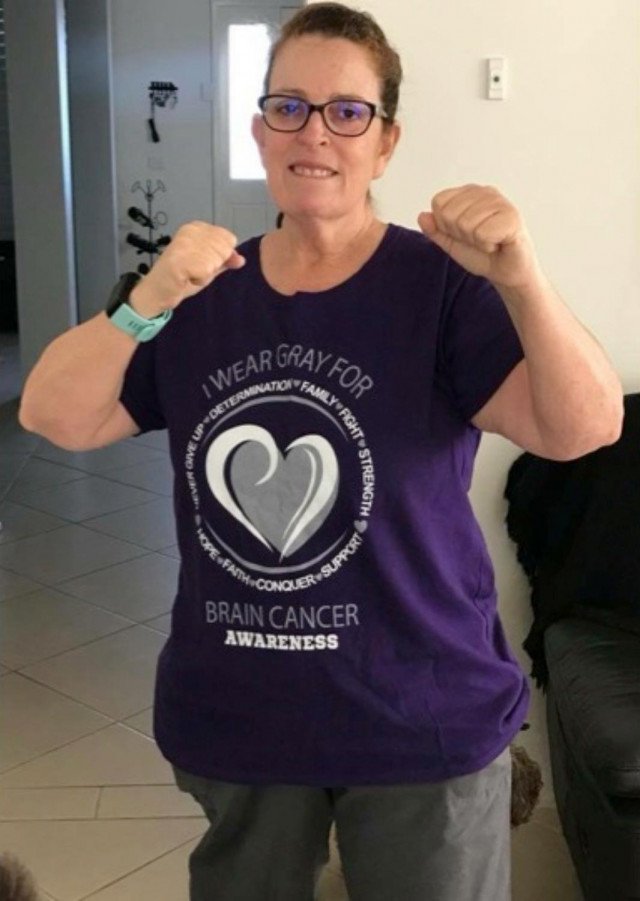