Shae Wood’s journey with brain cancer all started on the 4th October 2014.

It was our youngest son Dylan’s 3rd birthday. After his birthday party at McDonalds, we went to speedway in Sydney. Leading up to this night Shae had not been herself. Just as the speedway, Shae had a massive seizure. She stopped breathing and was stuck inbetween the plastic seats in the grand stand. Strangers came running to our aid with a lady taking care of our two boys Will and Dylan. A big fella helped me get Shae out of the seats and onto her side where she had some colour come back in her face and started breathing again. An Ambulance took her to Westmead Hospital where they a CT scan showed there was something on her brain that needed further investigation.

We headed back to Newcastle the next day where Shae had an MRI scan that showed she had a brain tumour on the left hand side of her brain. It needed to be removed, so within a couple of days Shae was admitted to John Hunter Hospital (JHH) to undergo her first brain surgery. The tumour was removed successfully and Shae recovered very well. We had the long wait of nearly a week to find out what type of tumour it was.

The results were not what we were after. Shae and I were taken into a small room with a Doctor from the JHH and Jane a nurse from MHF, where we were told Shae had a grade 3 Glioma Brain Cancer. We were told that it was treatable but not curable. This was the moment we released Shae’s life was going to be cut short. After this we had months of radiation therapy in an attempt to slow the cancers growth and prolong Shae’s life.

After treatment things were going along fine and Shae and I were married on the 19th of September 2015. It was a great wedding and Shae’s health was good at the time. A few weeks later while on our honeymoon I could see Shae starting to struggle with her speech and I could see that she couldn’t say what she wanted to say. I also could see the left hand side of her mouth starting to droop and not work well. She also couldn’t remember simple things like her pin number. I kept asking Shae did she want to go to hospital but she wouldn’t have it, she wanted to finish our honeymoon which we did and we had a amazing time.

When we got home to Maitland, Shae’s speech was getting worse, she was having trouble walking and was getting weak in the left arm. We went straight to the JHH where another MRI scan had showed that the cancer was back a lot sooner than predicted. This time the tumour was in a more dangerous position. Shae had her second brain surgery and they removed as much of the tumour as they safety could. After surgery Shae had lost the use of her left hand and was very weak down the left hand side of her body. This time the lab results showed Shaes tumour had progressed into the more aggressive grade 4 GMB. 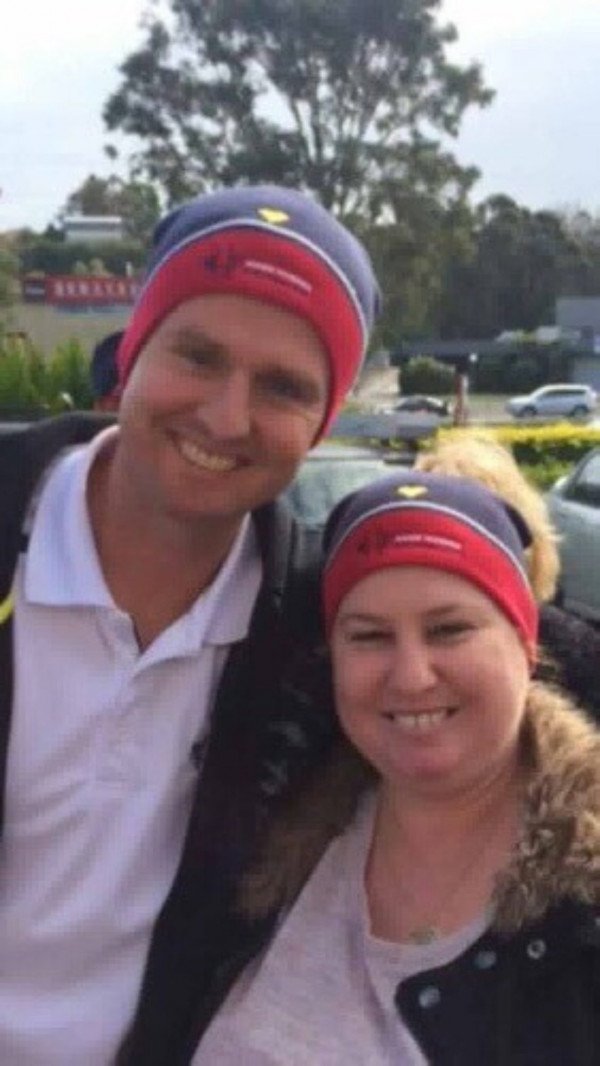 MHF organised Jane to be our care nurse from this point on. Jane was a massive help and support for both my self and Shae as we had so many doctor appointments with trips to Newcastle for chemotheraphy and general check ups. Jane would contact me every couple of weeks to see how we were travelling and to see if there anything she could do for us. I could also contact Jane anytime of the day and tell her how Shae was going and ask any questions. As Shae’s health started to decline I would tell Jane what was happening and she would get straight on to the doctors and they would recommend what we should do. Most of the time they would adjust her medications and this was a massive help as it saved us so many trips to hospital waiting in waiting rooms to see a doctor just to have her medications changed. Travelling into hospital was a big strain on Shae and it would take her a few days to get over the trip to Newcastle.

Shae was on so many different medications over this time and they were changing constantly. I would call Jane nearly all the time after we had seen a doctor just to make sure I had her medications right. As doctors use a lot of big words I would find after an appointment with Shae’s doctors, my head would be spinning with what medications I needed to give her and when. Jane was great with helping me out with all things like this and if we needed a new script Jane would sort it out with the doctor and fax it to our local chemist, once again saving us from having to travel from Maitland to Newcastle for little things.

As Shae declined her speech got worse and she ended up not being able to walk and needing a wheel chair to get around. Jane organised someone to make our house more suitable with handrails through the house. This meant we could keep Shae at home longer. My good mate Kev Anderson, built us a ramp and did concreting to make our house wheelchair friendly. Jane also organised us to be under Maitland Palliative Care who helped us care for Shae at home right through to the end. They were also amazing.

Shae fought so hard all through her battle with brain cancer. She was so strong and positive all the way right till the end. Shae passed away at home with her family by her side on the morning of 23rd July 2016 just 5 months before her 40th birthday.

When Shae passed away instead of flowers we asked all our family and friends to help us raise money for MHF to thank them for all of the support we received from them. We were over-whelmed with donations raising just over $5000. I know Shae would of loved that. 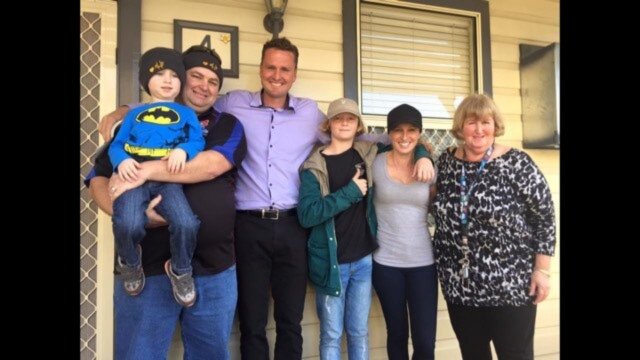